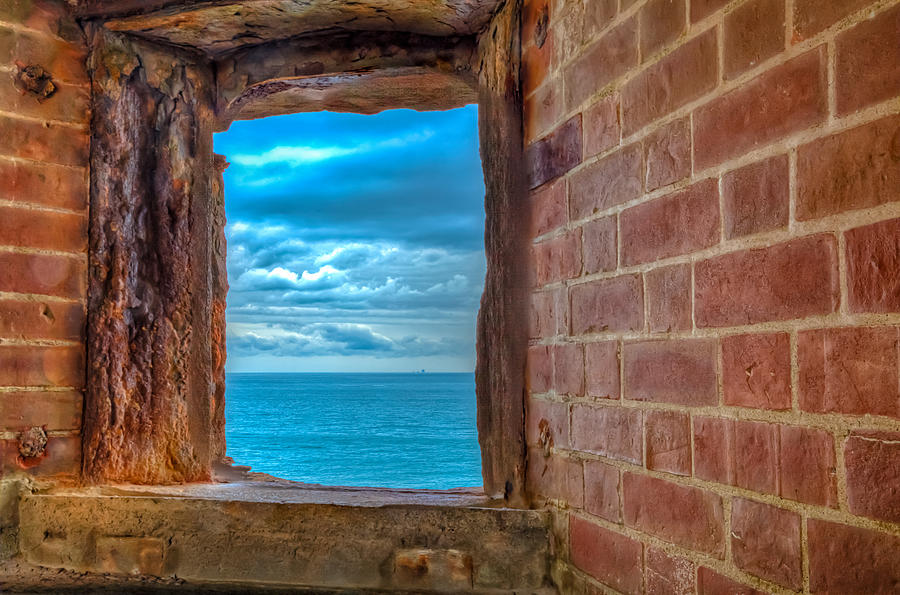 View of the Pacific Ocean from Fort Point, San Francisco.

The Fort has been called "the pride of the Pacific," "the Gibraltar of the West Coast," and "one of the most perfect models of masonry in America." When construction began during the height of the California Gold Rush, Fort Point was planned as the most formidable deterrence America could offer to a naval attack on California. Although its guns never fired a shot in anger, the "Fort at Fort Point" as it was originally named has witnessed Civil War, obsolescence, earthquake, bridge construction, reuse for World War II, and preservation as a National Historic Site.

Fort Point was built between 1853 and 1861 by the U.S. Army Engineers as part of a defense system of forts planned for the protection of San Francisco Bay. Designed at the height of the Gold Rush, the fort and its companion fortifications would protect the Bay's important commercial and military installations against foreign attack. The fort was built in the Army's traditional "Third System" style of military architecture (a standard adopted in the 1820s), and would be the only fortification of this impressive design constructed west of the Mississippi River. This fact bears testimony to the importance the military gave San Francisco and the gold fields during the 1850s.

Although Fort Point never saw battle, the building has tremendous significance due to its military history, its architecture, and its association with maritime history.

What a wonderful looking presentation!! v/f/t