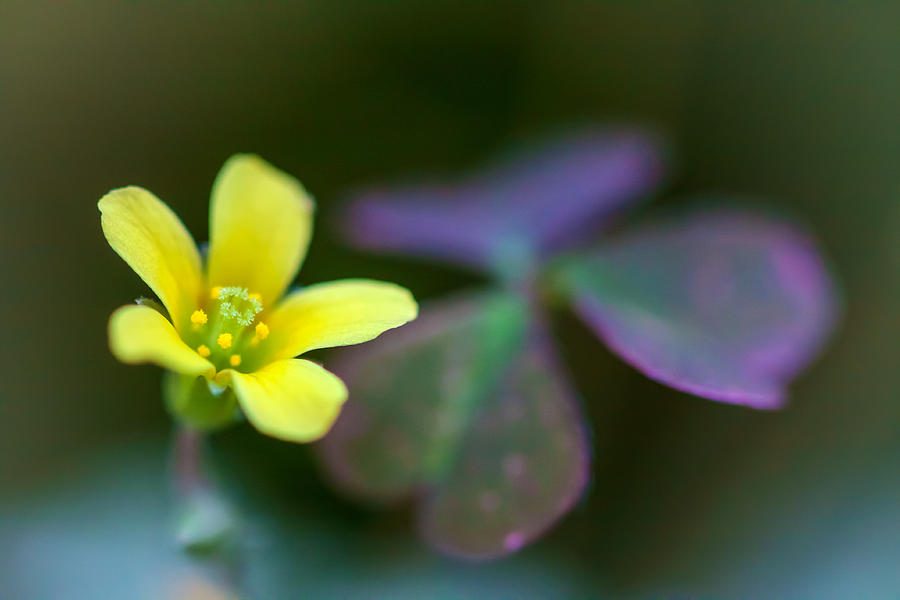 Clover (Trifolium), or trefoil, is a genus of about 300 species of plants in the leguminous pea family Fabaceae. The genus has a cosmopolitan distribution; the highest diversity is found in the temperate Northern Hemisphere, but many species also occur in South America and Africa, including at high altitudes on mountains in the tropics. They are small annual, biennial, or short-lived perennial herbaceous plants. The leaves are trifoliate (rarely 5- or 7-foliate), with stipules adnate to the leaf-stalk, and heads or dense spikes of small red, purple, white, or yellow flowers; the small, few-seeded pods are enclosed in the calyx. Other closely related genera often called clovers include Melilotus (sweet clover) and Medicago (alfalfa or 'calvary clover'). The "shamrock" of popular iconography is sometimes considered to be young clover. The scientific name derives from the Latin tres, "three", and folium, "leaf", so called from the characteristic form of the leaf, which has three leaflets (trifoliate); hence the popular name trefoil. Clovers are used as food plants by the larvae of some Lepidoptera (butterfly and moth) species.

Shamrock, the traditional Irish symbol, which according to legend was coined by Saint Patrick for the Holy Trinity, is commonly associated with clover, though sometimes with Oxalis species, which are also trifoliate

Good composition....love the simplicity of this image.